Skip to content
Our Mission:
We work with Harmony to transform the world one note at a time.
Higher Vibrations is an active, growing community of people who sing together for healing and transformation.
A global outreach of The Institute of Harmonic Science.
Previous
Next

The Institute of Harmonic Science (IHS) is a 501c3 nonprofit educational organization established in 2000 and based in Phoenix, Arizona, USA. We are dedicated to inspiring and growing communities of people who sing together for healing and transformation. We believe singing in Harmony integrates the body, mind and spirit while healing the heart of humanity.

Higher Vibrations Music is a global outreach program of the Institute. Teaching that Cosmos is entirely vibrational and inherently musical, our curriculum explores Harmony through music which blends the languages of science, the new physics and spirituality. We partner with choirs, educational organizations, houses of worship, healthcare providers, and the scientific community to more fully understand and express Harmony.

Singing Higher Vibrations Music together in Harmony consciously connects us with the wonder and majesty of our Universe and with one another.

Harold Grandstaff Moses, PhDE is a composer, recording artist, harmonic theorist, and a founder and the Artistic Director of The Institute of Harmonic Science.

An alumnus of Philadelphia’s Curtis Institute of Music and New School of Music, he served as Assistant Principal Violist of the Denver Symphony for eight years. For 9 years, he served with the Mind-Body Department at Cancer Treatment Centers of America® where he directed a stakeholder choir and provided several thousand Intuitive Musical Readings™ for patients and caregivers.

Harold has conducted many experiments investigating the ability of sound frequencies, chord progressions, and rhythmic patterns to influence the mind-body-spirit. Moses’ research with proprietary harmonic overtone arrays demonstrated their ability to favorably influence the parasympathetic nervous system while creating heightened states of relaxation.

Moses is a prolific composer of instrumental, orchestral and vocal music. His choral works include the Sacred Geometer Canticles, Hymns for the Age of Great Change and Higher Vibrations Music™. He has produced numerous recordings as an improvisational pianist and violist, including best-sellers Edges of the Soul and his Harmonics For Healthseries. His music, which elevates the spirit, sings to the mystery, the wonder and the beauty of our vibrational Universe.

“Harold Moses is not only a musician, not only a composer. He has something more than talent, he has a great something inside. He and his enormous heart weep, strut, laugh out loud into and through his music, making us all come alive. We used to call this magic.”
—Clarissa Pinkola Estés 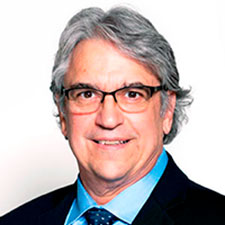 George, with a 40+ year career, has been a founder, CEO and CFO of numerous start up and emerging for-profit companies and several non-profits.

George is an expert in designing effective large scale information technology systems for government agencies, nonprofits and fortune 500 companies. Systems designed by George are still in use throughout the law enforcement and criminal justice agencies in the State of Arizona.

In 2008, George was awarded the Humanitarian of the Year Award by the Arizona Interfaith Movement as a result of his nearly 40 years of work with the Global Hunger Project.

As a founding member of the Institute of Harmonic Science, George is clear on the importance of singing in harmony with others as a means to healing and transformation.

Imagine a world where millions of people are singing together in Harmony and Love.